The power of misconception

There’s no doubt that the church of the living God is in one of her best days since its establishment in the upper room on the day of Pentecost. Yet, with the same breath, we are likewise discovering some of the worst character misrepresentation of the church’s identity and spiritual philosophy since its inception. Misconception of the very essence of Christ, and the objective of the kingdom of God within the life of an individual and society generally has been a major tool the enemy has employed to promote his lies and deception, particularly within the mainstream church today.

There are critical questions every person who decides to go on with Christ needs to honestly answer to avoid being led astray by what can be termed as Christian cult. Christian cult is when individuals who claim to be representing Jesus Christ takes a principle, a word or statement, or could be a value standard in the bible to establish, or promote a false, self-centered agenda that does not glorify the father’s divine intention for his church and the society.

Furthermore, Christian cult is when we take the most sacred values and principles of God, and his kingdom and try to fit them into our own idealistic narrative and paradigm of spirituality. In other instances, we systematically extract the consequence of not adhering to a divine standard, or the core values within the word of God, and then cleverly use the philosophy of Babylon to try to explain our way out of such biblical injunction.

While in other cases, we reduce the sovereignty of the Father to the concept of what is good or evil which in most cases are captured in the spirit of how we’ve come to understand justice from the viewpoint of a humanist democratic philosophy. The need for sound biblical footing in the initiative of forming the right world view is one of the most critical objective of being part of the corporate body of Christ which does manifest in various forms, shapes and sizes.

Everyone came to Christ with a formed pattern of thinking

When you read the book of Act you’ll immediately notice the amount of time prioritized by the elders of the early church to teach and train the numbers of new convert being added to them by the Lord. New converts who accepted the Lord in most cases, already have well-established value standard and belief system that has shaped how they see and think, and it is the duty of the church to systematically change or correct these old, erroneous perspectives of life with the preferred biblical world-view that must be done in the spirit of love, care and concern.

When this principle of apostolic teaching is however not prioritized by the church leadership it does not only open the possibility for those new converts to return back to their old ways of lifestyle, but also opens the converts to falsehood and deception, perpetuated in the name of following some deep enlightenment spiritism experience.

Context and the coherency of truth

Our society today is flooded with strange teachers and false prophets who claimed to have been sent by the Lord with some special message from the Lord Jesus Christ himself, and unfortunately, very few within the body of Christ are effectively armed with sound biblical doctrine and the right spiritual lifestyle to challenge the lies being offered to these innocent saints seeking for light and direction.

Accurate biblical definition brings clarity and context to the coherency of truth; particularly, regarding matters of separating sound spiritual judgement from the promotion of the doctrines of devils as the bible calls them according to 1 Timothy 4:1. What we say, how we say it, and the unspoken motive behind what we say, are all highly critical in dealing with the matter of biblical truth and error.

The best of intentions, or statement made regardless of how biblically accurate they may sound can become misinterpreted, which of cause, will always work as an advantage for the kingdom of darkness which always seek to find loopholes in our concept of handling of the word of God to promote the agendas of darkness.  Arguably, the distortion of truth is one of the deadliest powers behind every thriving, established Christian cult I have seen and studied.

The grand plan of the enemy

There’s a deliberate, strategic ongoing warfare to remove every iota of biblical definition of truth and the eternal values that makes such truth relevant and productive within the values of human relationship and its various sociocultural space. I have long time discovered that the enemy we are dealing with his not really care how successful we think we are; nor is he moved about the number or size of our church auditorium, congregation, or the fact that we preach and teach using correct biblical references to emphasize our dogma.

Neither is the enemy really concerned that you make lots of money, and your business is expanding in leaps and bounds for as long as you do not imbibe the core values and culture of your existence on the footing of the uncompromised ethical biblical value culture.

The kingdom of God is a cultural lifestyle in whose philosophy and ideology is established on the footing of the truth of Christ, and this truth informs the foundation that defines our moral values for establishing relationship and other required sociocultural norms.

If this reality of existence is not clear to us, I can assure you that it’s only a matter of time before you bite the fruit of the three of the knowledge of good and evil which then takes away your consciousness of the presence and essence of the three of life, and this is where many falls under the error of cultism.

For the redemptive work of the father to be accomplished on the earth, the incarnation of Christ into Jesus Christ is necessary, or else the Lord will merely remain a spiritual being floating around without a body to carry out his ordained prophetic mandate in the earth.  The ministry of the Holy Spirit today becomes evident in the earth through two main basic organs which is the evidence of the person of our Lord Jesus Christ, and the evidence of the ministry of the body of Christ.

Therefore, when Christ came into the world, he said: “Sacrifice and offering you did not desire, but a body you prepared for me;

As our Lord Jesus Christ, the anointed one, operated in these two realities, every one of us should also learn to function simultaneously in these two dimensions of life without overemphasizing one.  This principle can be located throughout the scriptures, and it is critical we know how they function within and around our called spheres of existence seamlessly.

A truth that is empowers deception

It is regrettable to announce that one of the greatest deception that has ever flooded the gates of society is now coming from inside the church; yes, I mean the charismatic, Pentecostal, apostolic, tongue talking community of believers who have received some measure of insights and truth that is not firmly established on the footing of the absolute revelatory knowledge of the person of wisdom and truth.

The entirety of the truth is a component of various revelatory dimensions and encounters of experience within the embodiment of the person of truth himself, Jesus Christ. But to merely claim as a fact, that Jesus Christ is the embodiment of truth without being able to substantiate this spiritual knowledge with sound biblical facts that produces clarity of insight and understanding, in my sincere opinion, does not do justice to the ministry of truth representation at all.

But in your hearts revere Christ as Lord. Always be prepared to give an answer to everyone who asks you to give the reason for the hope that you have. But do this with gentleness and respect,

The truth is given to us in measures of thirtyfold, sixtyfold, and of cause hundredfold accordingly. The challenge here is not the level we are in the scale of received truth, or what we are doing with such measure of truth received, as highly as important as they are; the challenge is, on what spiritual philosophical foundation is that knowledge of biblical truth build on?

This is a very important subject that requires the ministry of the Holy Spirit to thoroughly enlighten us, lest we misunderstand the context of this truth.

How we see, and express truth is still a major issue within the body of Christ today. I’ve discovered two people can be on this same point of truth with two different spiritual lens-view and interpretation. The context to which we accept and relate to the matters of God’s word is as equally important to the revelatory values we extract from the principle of biblical truth.

If our knowledge and expression of truth cannot bring the potential 21st century Ethiopian eunuchs of our time into the kingdom of God, am afraid, such truth is not complete, nor does is it stand on the frame of knowledge for precise, fruitful soul-wining interaction.

Regrettably, some of the deadliest cults in the world today use the bible as one of their key reference literature text. Why?

1.            Because cults know that many, including Christians, don’t like to read. They see people as naïve and gullible

2.            They have mastered the art of misinterpretation of the truth to suit their own narrative

3.            They know that people generally love and believe the Bible some religious text even though their lives don’t necessarily reflect the values and principle of the bible

4.            They also know that most Christians don’t engage the painful treadmill to study the bible accurately for themselves

5.            People are hardly knowledgeable about matters of exploring the truth in relating to another world view

6.            They know that very few desire within their hearts the true revelation of Christ as much as they desire the act of ceremonial religious practice

7.            They know that many are desperate for some kind of spiritual awareness, sensation, or experience that is mystical.

8.            They are aware that most humans are insecure, lonely, and afraid; people want protection and they are willing to pay any price for such protection

9.            They know that deception can only thrive when there’s a good measure of truth in what they claim to be offering.

10.          They are aware that humans by default are designed to either lead or follow; they, therefore, seek for those who are yet to discover their leadership capacity to follow their diabolical ideology of leading. They recruit these individuals and brainwash them to follow their beliefs without arguing or challenging them what they teach.

11.          They are mostly established in regions and areas where the biblical principle of pathetical values has been contaminated and perverted to service their own agenda. Meaning that, you will usually find them establish their cult centers in places where the whole idea of an overly tradition or even teaching on respect and submission has been stretched to a weapon of manipulation, intimidation and control. This is a dangerous place to find yourself, and unfortunately, we have lots of places like that in Africa. 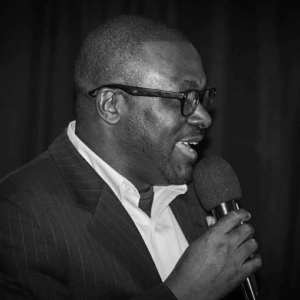